The Growth of Legalized Single-Game Betting 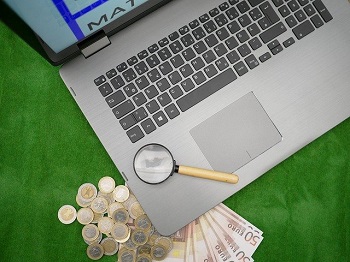 One of the biggest changes that are expected to have a significant impact on the betting industry has been the recent developments made in single-game betting. It has offered a more comprehensive betting experience for new and existing customers.  However, could there be a wider impact due to the changes in the laws in Canada that could have a huge bearing on the betting experience for players for the whole of North America.  Could the betting law changes in Canada have an impact on the further legalization of single-game betting in the United States?

It is an exciting time to be a sports bettor north of the border, as groundbreaking law changes have been made official at the end of August 2021, which will allow gamblers to make single-game bets. For a long time, Canadian players have only been able to make parlay selections, but the law that came into effect August has made a huge change in the experience that players can expect to get online.  The passing of the law means that bets can now be made on single-game selections, and it is expected to have a profound impact on the Canadian industry according to the latest figures that have been released. Reports have claimed that these changes could see the industry in Canada generate more than $25 billion annually in wagers. However, there are certain parts that are yet to be ironed out, as the respective provinces will have a big say on what the framework of the laws look like, much like in the United States.

Other facts that were released in the report has indicated the new law change could see the operators offering this service make an annual amount of $2 billion, while there will also be between $200 and $400 million in extra tax revenue. It is expected that Ontario will be the most sought-after province, as it has the opportunity to generate as much as $11 billion in wagering, and over $800 million in revenue for operators. Both of those factors would make it one of the largest betting markets in the whole of North America. Canadian players need to stay up to date with the latest betting and casino gaming jurisdictions for their region.

Could It Impact The US Betting Industry?

It would be hard to believe that the big US sportsbooks will pass up an opportunity to get involved in the Canadian boom in single-game betting, which means a move could be likely to be made by the big names. It is unknown at this point whether Canadian players could expect to make bets with the huge US sportsbooks later in the year, or even next year, but there will certainly be an interest.  The money available by Canadian players to make such wagers means that there is certainly an appetite, and US companies will see this as a potential to get their piece of the Canadian sports betting industry, which could be among the most richest in the world at some point down the line. However, only time will tell whether there will be an impact on the betting industry in the markets within the United States.

Just as the situation in each Canadian provincial jurisdiction, sports betting is different depending on the US state that you are in. States such as Arkansas and Delaware do no allow online wagering, but there are physical sportsbooks that were opened after the law was passed in 2019. Meanwhile, Colorado, Illinois and New Jersey have an extensive selection of sports betting markets for their customers, with a full range of mobile betting options available. Other states such as Mississippi and Montana only allow in-person online betting, with the latter allowing this option following a law change in March 2020.

Changes are certainly being assessed regularly by other states in the United States, with New York looking to launch their online betting option in 2022. North Carolina is expected to consider allowing only betting before the end of the current year. Further states in the US could yet look to implement sports online betting by the end of 2021, with Florida, Connecticut and Arizona all having approved laws and awaiting next steps from regulators. However, the moves made in sports betting aren’t followed by all, as Alaska, Hawaii and Utah are the furthest away from passing any kind of gambling laws.